The Credential Engine project is designing and piloting:

Information and feedback during Group and Team processes are openly shared using a variety of online tools. For example, GitHub is used for metadata/vocabulary, source code, and API. Google Drive and Groups are used for sharing documents and for discussion.

A DCAP is a document (or set of documents) that specifies and describes the metadata used in a particular application. In general, the DCAP process assists in development of the following project assets:

The DCAP process provides the means for applying a series of constraints on the possible things that can be said (asserted) about things in the credentialing environment. As the TAG and the TT work through the development framework illustrated in the DCAP figure below, it will apply five levels of logical, linguistic, and machine-expressed "constrains on the possible."

Of all the things in the world of interest to the credential community, which will the Credential Engine Domain Model select, include, and describe? In other words, what classes of things will be chosen and documented to support the generation of metadata that describe real-world instances of the things in the domain? This will be informed by a set of use cases and the Design Goals set out above.

Of all the assertions or statements that can possibly be made about each of those things selected for the Credential Engine Domain Model, which assertions will be included—which will be made possible? In other words, what properties or attributes of the things described will be included in the Credential Engine Domain Model? In this process of constraining, "what can be said" about the things in the model obviously includes an assessment of what will not be said.

Of the assertions or statements selected, what will be the permissible form of expression of each one of them? In other words, is the value of the assertion a literal textual string representing the assertions object or value or is it a non-literal identifying the value?

Of each literal or non-literal value for an assertion, will the permitted values be:

Of all the available syntactic bindings suitable for records, which will be supported?

The following figure illustrates these constraints and includes the resulting outcome component or asset. 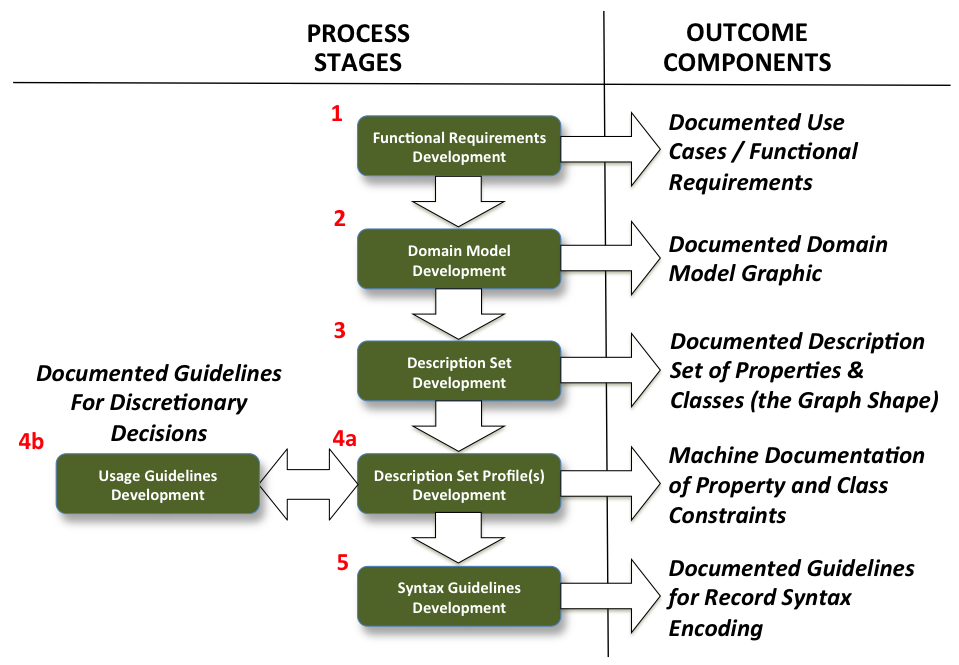 The levels of constraints are described in greater detail in the following figure and illustrate how each level in the step progression of the DCAP more tightly constrains the content and structure of the resulting metadata. 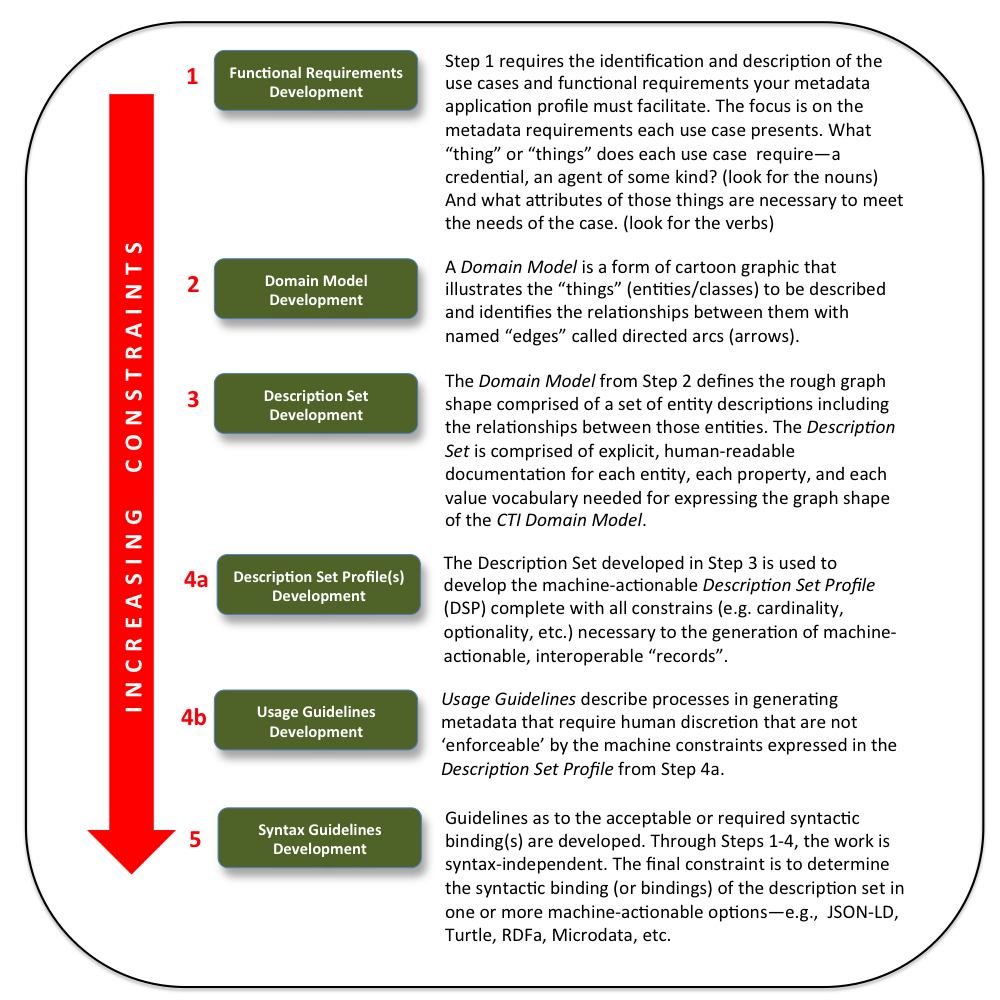 The first release of the Credential Transparency Description Language (CTDL) occurred on November 17, 2016. For more information explore the following:

The Credential Registry will publish the resulting schemas, schemes and instance metadata in ways that can be linked to other web-based data using the W3C principles of Linked Data. The Registry will be designed as a neutral data infrastructure enabling the sharing and linking of comparable information on key properties for the full range of credentials.

Credential Engine will also develop and test practical apps (software applications) in cooperation with pilot site partners. These apps will be based on the major functional requirements (what stakeholders need to do with the information) identified for employers, students, educators, and other credential stakeholders. These pilot apps will be developed in ways that will encourage other app developers to participate in an open applications marketplace that can provide additional tools for stakeholders, including government agencies.